A Positive Solution for Plagiarism 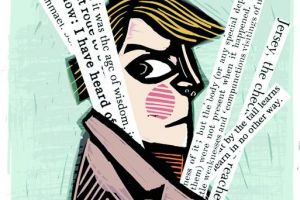 We know that students plagiarize. We suppose that plagiarism, as well as academic dishonesty in general, has increased over the past few years, decades, or century—depending on which academic ax we choose to grind.

The caveats are familiar: Perhaps cheating just is easier than it used to be (most honors students who are caught plagiarizing say they did so because it was “easy”). Perhaps we are better at detecting plagiarism because of software such as Google and Turnitin. Or perhaps we forget that every generation, at least since the ancient Romans and Greeks, complains that the next one is composed of lazy, possibly illiterate, youngsters willing to cut ethical corners.

But a good dose of skepticism toward the doomsayers doesn’t make the worry go away. For example, a July 21 article in The Chronicle on a New York University professor who vowed to stop pursuing plagiarists has drawn 249 comments, several of which were impassioned denunciations of institutional responses to the problem. Dealing with student plagiarism is a nagging, seemingly endless problem for academics, judging from the number of articles, blog posts, and forum discussions on the topic. Indeed, I’ve contributed to some of those discussions but have yet to find any consensus emerge.