Summary of the 2013 Grand Tour Contest

The 2013 Grand Tour Contest was formally ended with a Gala on the night of April 27 after more than a month of exciting competition. 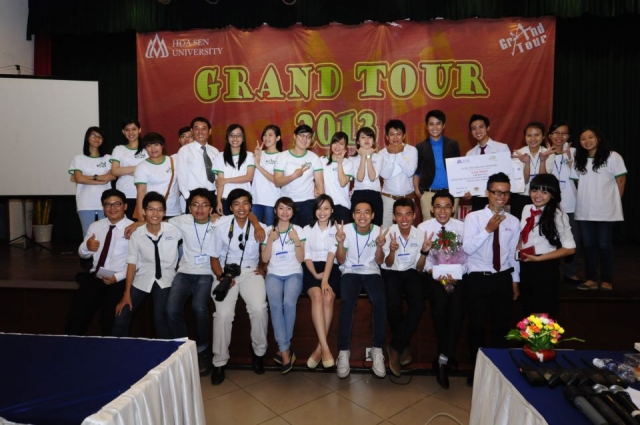 Photo: Organization Board of the Grand Tour Contest 2013

On the night of the Gala, four contestant teams from the University of Foreign Languages & Informatics, the University of Foreign Trade, and Hoa Sen University, each took turns performing skits to demonstrate the cultural characteristics of a country each team had been assigned to represent in a drawing. Then, before the Board of Examiners, each team made comments on the topic assigned to them by the Organization Board. 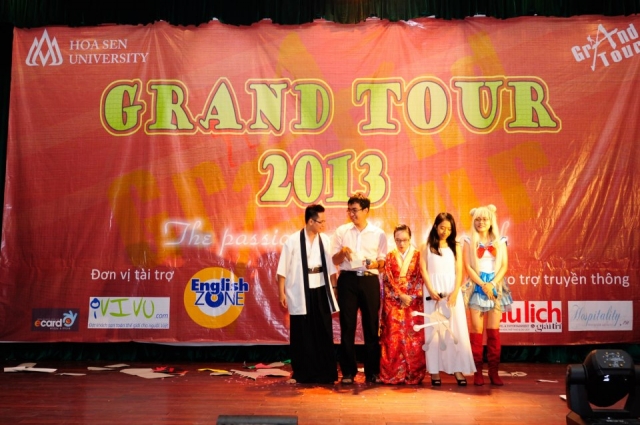 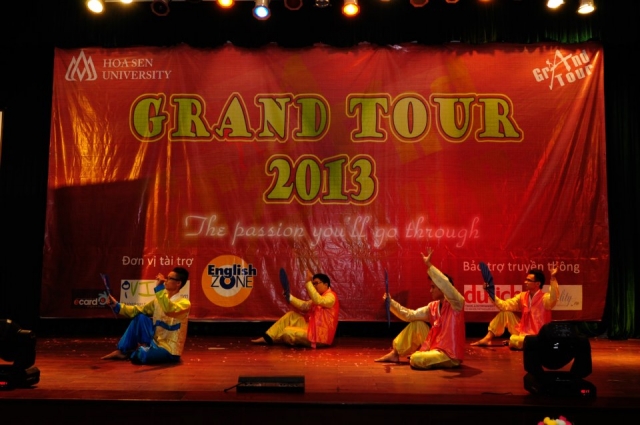 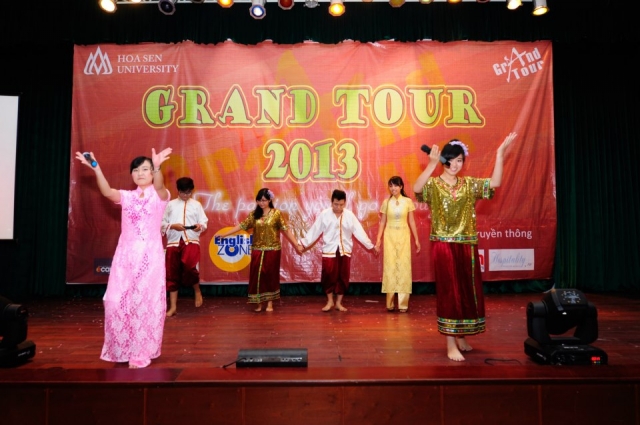 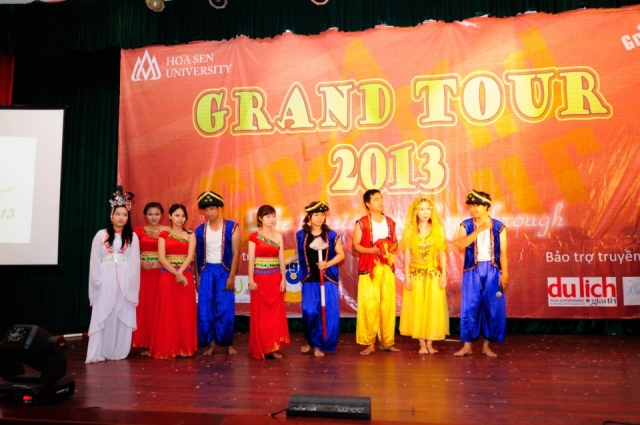 Photo: Performance of the MK3 Team 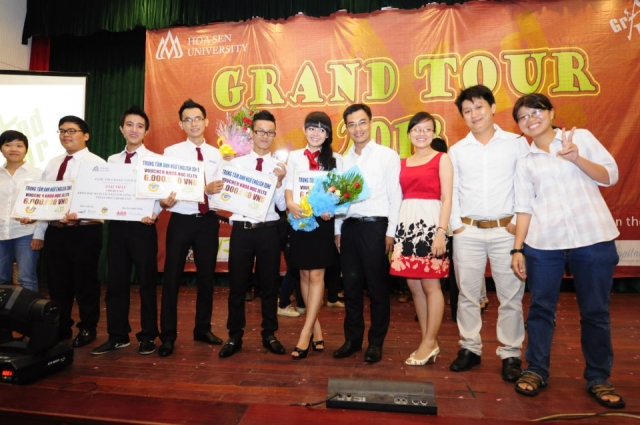 Photo:This impressive performance resulted in the F.O.E Team winning the championship of the Grand Tour Contest 2013

With the topic “Cultural Journey”, the rounds of the Grand Tour Contest 2013 presented a large amount of very interesting and fascinating information regarding the cultures of many countries. This helped the students to gather practical and helpful lessons, which created convenient conditions for the students to express their passion and creativity for travelling, as well as enhancing the awareness and actions of young people in the task of conserving and developing the values of Vietnam’s traditional culture.