Hollywood movie director Phillip Noyce visited the university in May ….. He was in Vietnam for his 4th visit to launch the Vietnamese edition of his book “Backroads to Hollywood”. 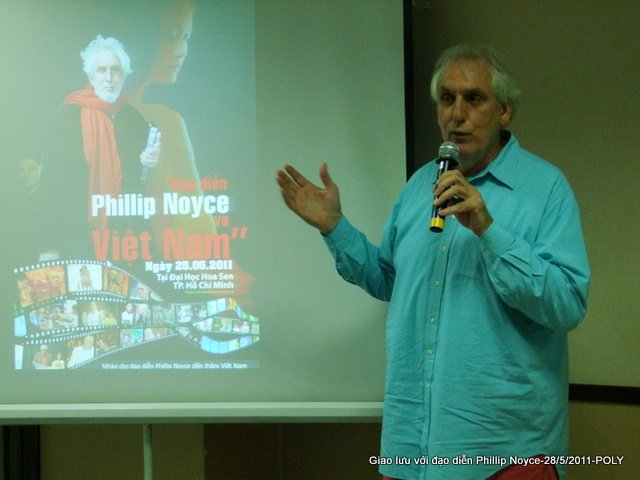 The Director told how his passion for film began in his childhood.

In the morning session,  Mr Noyce shared his valuable experiences with students from the HSU’s Media programs, the Academy of Theater and Cinema, the University of Foreign Trade and Saigon Media Co. This was an invaluable experience for those who look to becoming professional filmmakers in the future. Film-making experiences and talk about what he has been through in order to become a famous Hollywood film Director was faithfully expressed. In the afternoon, experts in audiovisual communications and film had an opportunity to learn “how to raise fund for a film?” at BHD Star Cinema. 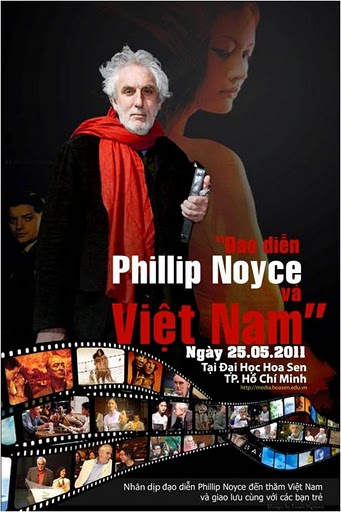 The poster won the first price

His visit to Vietnam was not limited to just those activities. He also participated in the awards ceremony for the TV Create “Video clip creation and poster design contest” with the theme ‘Phillip Noyce and Vietnam’ organized by Hoa Sen University.

The Director of Quite American granted the first price to Do Ngoc Phuong with the  black-theme design which he found many implications with the presence of an elegant – Phillip, his Vietnamese actress and American Actor.

“I am so happy to look at myself in the posters” said Phillip Noyce.