Which schools to study Film? What are the top best Film schools?

The film industry requires its human resources to be constantly creative and innovative. Therefore, it is unsurprising that the Film training programs and the film industry have always had a solid attraction for millions of young people during the annual enrollment seasons. More than that, in the current trend of developing the film industry towards industrialization, modernization, and integration, Film training programs can be playgrounds where young people can unleash their passions and shape their artistic styles. So which is the best film school? Here are the top-quality film schools so far.

Which school to study Film? What are the top best Film schools?

1. What is a Film training program? What are Film subjects all about?

The film industry is so large and broad that it combines many processes such as screenwriting, framing, cinematography, lighting, and sound… to create a complete movie.

The Film program equips students with the knowledge, skills, and experience in the arts or filmmaking techniques and technologies, including scripting, directing, cinematography, editing, and production, as well as genre, film style, and production process. Students are also exposed to practice various types of movies, documentaries, experimental films, and other audio-visual media types.

2. Is it easy to get a job in the film industry?

The Vietnamese film market is one of the fastest-growing markets in the region. However, the quality of human resources in the film industry is still not commensurate with the industry’s potential, which remains a big challenge for Vietnam.

Film students can try out the big playgrounds domestically and overseas while still at home or sitting on the school benches.

Film graduates can start with positions such as director, screenwriter, cinematographer, editor, and producer, working in film studios, audio-visual media production companies, and television stations,… In addition, it is also possible to open companies and businesses specializing in the production and commerce of movies and audio-visual media products on traditional and online platforms.

Each movie comes down to the audience through the screen in a few hours, but it takes a process full of “thorns” and the efforts of a collective labor team for many months, even years, to complete a film.  Although filmmaking is a specific industry, it requires the human resource to cultivate knowledge and skills and have a severe and professional attitude toward the career to succeed in this industry.

3. Which school is the best for Film training?

Hoa Sen University is also one of the universities with an application-oriented training model in Film in Ho Chi Minh City. With the desire to train new filmmakers who are passionate, knowledgeable about the market, culture – society, creative, and able to adapt to technology and working environment changes, the Film Department of Hoa Sen University respects the unique qualities of learners. The school also guides and encourages them to develop their style into a distinctive narrative voice, making a personal trademark.

Hoa Sen University’s Film training program is modern, open, practice-centered, and based on a solid theoretical foundation. The subjects are constantly updated so students can transform their films and audio-visual productions on modern media and presentation platforms.

Film students at Hoa Sen University study with experienced lecturers working in the film industry and have recognized films in domestic and international markets (such as director Phan Dang Di, producer and screenwriter Nhi Bui, director Trinh Dinh Le Minh, and director Mauricio Osaki). In addition, learners can learn from foreign experts in workshops and webinars in collaboration with the US Consulate General, UNESCO, French Institute, Japanese Cultural Center…

For those who want to become filmmakers who dare to live, dare to commit, and dare to create, the creative learning environment at Hoa Sen University will greatly support you in getting closer to your dreams. Hoa Sen University is one of the best options that you should not miss. Are you ready? 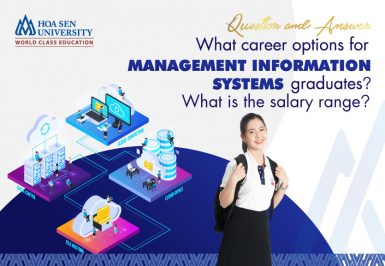 [Question and Answer] What career options for Management Information Systems graduates? What is the salary range? 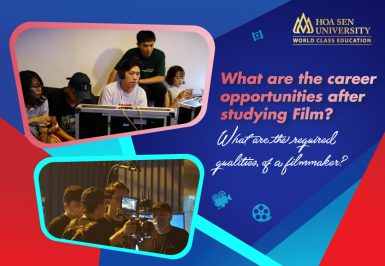 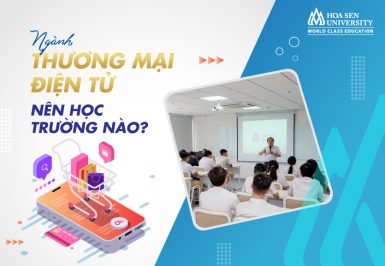 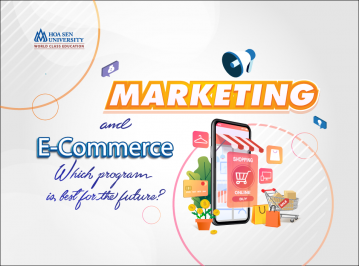 Marketing and E-Commerce: Which program is best for the future? 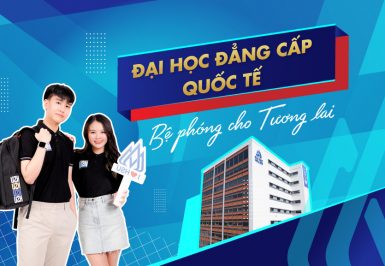 Hoa Sen University – A world-class university, a launching pad for the future 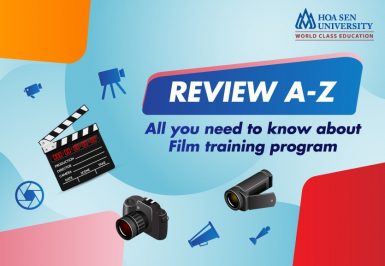 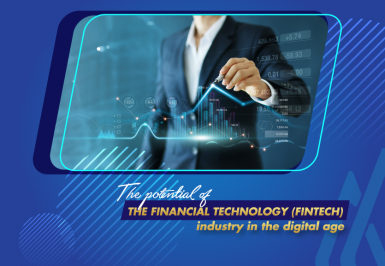 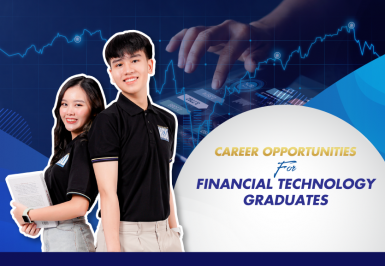 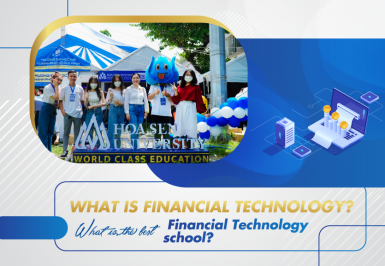