In modern world history, Southeast Asia has always been one of the regions of strategic geopolitical significance in the foreign policy of both the United States and China. By analyzing data of direct investment (FDI), two-way import and export value between the USA, PRC, and Southeast Asian countries, an overview of bilateral trade cooperation mechanisms between the US and China Countries and Southeast Asian countries, regional, continental, and world multilateral economic cooperation mechanisms, a brief overview of economic mega projects that have an impact on Southeast Asia’s geo-economic and geopolitical changes. The United States, China, and the research team hope to contribute to clarifying the competitive image of US-China economic influence in Southeast Asia today, and at the same time make recommendations for Vietnam’s countermeasures in the face of economic influence. The United States and China are in the region.

Power is a central concept in international relations theory because of “the ability to cause other actors to behave in the desired direction” (Payne, 2013, p.25), which is the goal of states and Leaders aspire to, is a condition to ensure security and is an affirmation of the country’s influence and position on the international political map. Hard power is characterized by intimidation and coercion, coercion through military force, economic pressure, and retribution (Mearsheimer, Campbell & O’Hanlon, 2006; Wilson, 2008).

The economy is considered an important factor that creates the hard power of a country, the relationship between investment and aid activities, the dispersion of capital and the influence on another country is the ratio mutually agreeable (Viotti & Kauppi, 2013). Before the trend of globalization, Ahmed (1995) recognized that economic interests play an increasingly vital role in international relations, with the same perspective, Spyros Economides & Wilson (2001) in the book “Factors” economics in international relations” argues that a country’s foreign policy is increasingly driven by commercial considerations and that economic power actually exerts more influence than military power because of its dependence on military power. The dependencies, connections, and interactions between economies are clear today.

With the aim of assessing the influence of the USA and PRC from an economic perspective, the author builds a research model as shown in Figure 1, USA and PRC will be analyzed and compared based on the context of bringing economic benefits to 11 countries. Southeast Asian countries (country X) are Brunei, Cambodia, Indonesia, Laos, Malaysia, Myanmar, Philippines, Singapore, Thailand, Timor Leste, and Vietnam. According to the theory of new realism, the USA and PRC economies give away in return for the recognition of country X’s influence, the greater the economic benefits, the greater the influence, assuming other factors into another power do not affect this research model.

Bilateral economic relations between two countries are often considered with three pillars of economic cooperation, trade, and investment with observed variables such as foreign direct investment (FDI). , foreign indirect investment (FII), export and import turnover, the balance of trade, international aid, international agreements bilateral trade agreements. Multilateral economic relations between many countries are determined on the basis of international organizations, financial cooperation mechanisms, and economic and trade agreements with the participation of three or more countries. Within the scope of this report, the author focuses on analyzing the current situation and discussing research on the economic presence of the USA and PRC in Southeast Asia based on data collected on (1) direct investment flows (FDI), (2) export value (3) import between the USA, PRC and Southeast Asian countries, (4) bilateral and (5) multilateral economic cooperation mechanisms.

Direct investment (FDI) flows are investments in the form of ownership and control of enterprises (OECD, 2020), FDI has a positive impact on the economic development of countries with developing economies. development (Sarkodie & Strezov, 2019), while creating stable and lasting links between economies (OECD, 2020). FDI is the first indicator surveyed by the research author to clarify the participation of the USA and PRC in mergers and acquisitions, building new facilities, and reinvesting profits earned from operations in other countries. Southeast Asia.

Figure 3 reflects the percentage of FDI into Southeast Asian countries in the period 2003 – 2017, it is easy to see that the USA directs the strongest FDI inflows to Thailand and Myanmar, followed by the Philippines, Indonesia, and Malaysia. and Vietnam, PRC directs the strongest FDI inflows to Laos, and Cambodia, followed by Myanmar, Indonesia, Malaysia, and the Philippines…, most notably in the case of Vietnam because the total FDI volume of PRC and USA combined is still lower. FDI volume from Japan, Korea, and Southeast Asia.

The value of exports and imports also reflects a country’s power and position in the international arena (Hausmann & Rodrik, 2006; Easterly et al., 2009). Exporting is the process of selling goods or services from one country to another and earning a foreign currency surplus (Joshi, 2005; Baldwin & Harrigan, 2007). Import is understood as the purchase of goods or services from another country, import allows a country to obtain products or services that it does not have or is scarce, high cost, or low quality from other countries. other countries (Lequiller & Blades, 2006; Baldwin & Harrigan, 2007)

In international economic relations, the export and import concentration in one country, in addition to the positive aspects pointed out above, also reflects an economic dependence on the market and supply. The country that is the main market or source of imports is considered to have the power to influence the partner country.

Bilateral and multilateral trade cooperation mechanisms contribute significantly to shaping the influence and economic power of Washington and Beijing in Southeast Asia (Bhattacharyay, 2012; Trinh Thi Hoa & Nguyen Thi Hang, 2018; Otsuka & Sugihara, 2019), and the bilateral economic relations between the PRC and the USA with Southeast Asian countries are demonstrated through the cooperation between these two countries with 11 Southeast Asian countries, the most direct. are 10 ASEAN countries and the competition between PRC and USA in this region. Multilateral mechanisms are expressed through organizations and mechanisms (forums, agreements, regions…), specifically:

Bilateral mechanisms are very important to PRC, PRC has affirmed its strong support in bilateral relations with Cambodia since 2010 with calculations related to the Sihanoukville port and other complicated political issues. . PRC has elevated its relationship with Malaysia to a comprehensive strategic partnership since 2013. PRC wishes to promote strategic cooperation with Laos from 2016 related to hydropower projects on the Mekong River. The PRC considers Thailand a brother in defense and investment relations at the same time that it considers the relationship with the Philippines to be at a golden stage since 2017. The PRC promotes trade relations with Indonesia and views this relationship as bringing benefits. benefits and peace for the world (2018). PRC is committed to promoting the development of an economic corridor from the PRC-Myanmar border to the Bay of Bengal (2019). In 2019, PRC signed with Singapore many cooperation agreements, upgrading the Singapore Free Trade Agreement – PRC.

The Belt and Road Initiative was launched by Beijing in 2013 with a focus on one road, the “21st Century Maritime Silk Road” (MSR), originating in Fuzhou. (Fuzhou), connecting coastal cities including Hanoi, Jakarta, Kuala Lumpur, Kolkata, and Nairobi, this plan starts with promises to build modern ports and logistics facilities, MSR directly cooperates affecting the majority of ASEAN countries with economic approaches from support, direct investment, aid… by bringing “carrots” of economic benefits to the disputing partners, the PRC wants the country concerned “submitted” to its claims to sovereignty.

With the USA, Southeast Asia is considered an important investment destination in the Indo-Pacific region. In Southeast Asia, the Philippines and Thailand are considered traditional allies of the USA, but in recent years these two countries have tended to be more connected with the PRC, USA – Vietnam economic relations since 2010. There have been many positive developments so far. In the foreign policy of the USA, economic cooperation in Southeast Asia is confirmed to be strong (USA Embassy in Vietnam, 2019), but in reality, Southeast Asia is still inseparable from the vision. Indo-Pacific Strategy – expansion and revision of President Barack Obama’s Asia-Pacific rebalancing strategy and preventing the rise of the PRC, preserving US power in the area of ​​President Donald Trump. Most recently, the efforts to create a “Prosperous Economic Network” of the “Diamond Quartet” group of the USA, Australia, Japan, and India, with the invitation of Vietnam, Korea, and New Zealand, have brought many promises. promises on economic development, restructuring new global value chains.

The multilateral economic cooperation mechanisms in Southeast Asia are of great interest to both the USA and PRC, including ASEAN+3 (PRC, Korea, Japan), the Asian Dialogue Forum (ACD), and the Asian Dialogue Forum. Asia-Pacific Cooperation (ASEM), Asia-Pacific Economic Cooperation (APEC), Regional Comprehensive Economic Partnership (RCEP), Comprehensive and Progressive Agreement for Trans-Pacific Partnership Ocean (CPTPP), ASEAN – PRC Free Trade Area (ACFTA)… The presence in the multilateral structure of the USA is also demonstrated through negotiations on the ASEAN “Single Window” mechanism with the environmental system. auto trade (ACE), the Ayeyawady-Chao Praya-Mekong economic cooperation strategy (ACMECS) within the framework of the Indo-Pacific Strategy, but the US withdrawal from the Trans-Pacific Partnership Agreement (Trans-Pacific Partnership Agreement – TPP) caused many regrets. From the PRC side, strong investment decisions have been made from the One Belt One Road (OBOR) initiative and now the Belt and Road Initiative (BRI) since 2013 Although it is highly expected by President Xi Jinping and the leaders of Zhongnanhai, its outcome will be controversial.

From the conclusion of the study on the economic presence of the USA and PRC in Southeast Asia, the author has three recommendations for Vietnam’s countermeasures:

First, Vietnam needs to identify multilateral economic diplomacy as the mainstay of its foreign economic policy.

Next, balance the economic relationship with USA and PRC.

Finally, Vietnam should continue to strengthen economic cooperation within Southeast Asia and support the increased economic presence of other economic powers to create a balance in the regional power system. 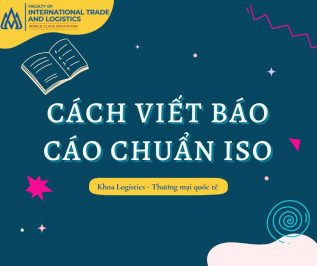 HOW TO WRITE ISO STANDARD REPORT 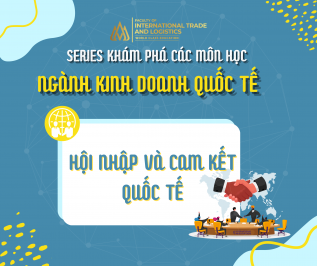 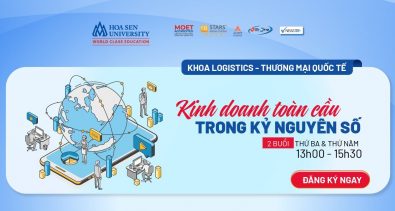 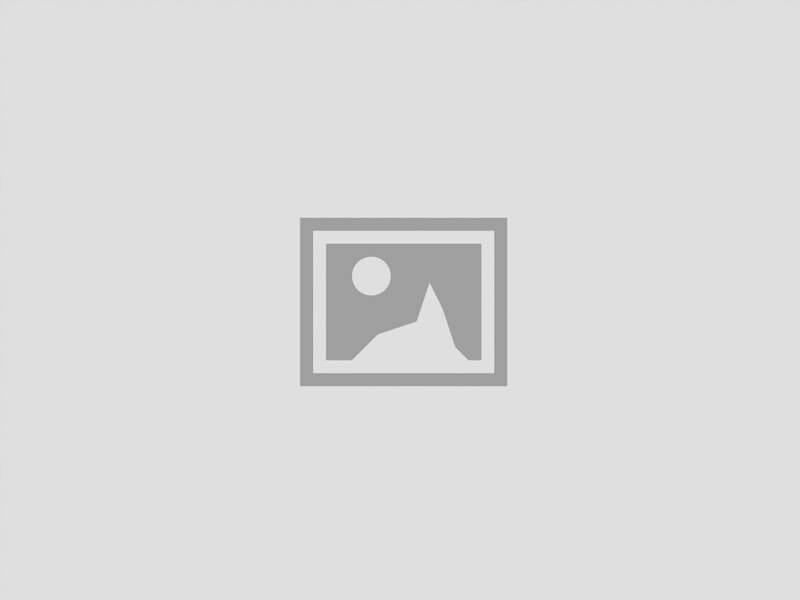 Plan for submission of Project/Report term 20.2A 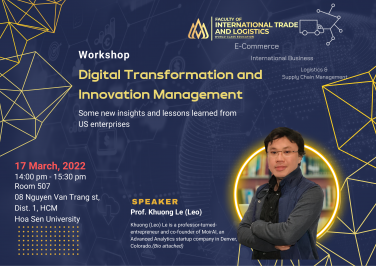 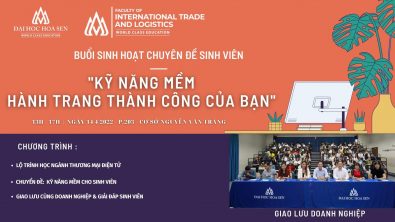 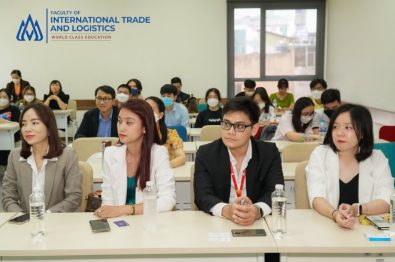 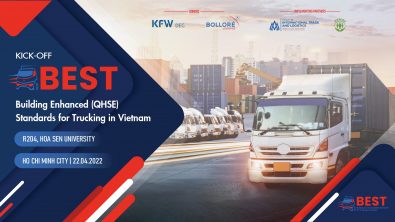 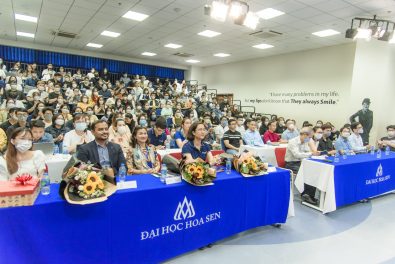 THE OFFER OF THE “BEST” PROJECT WITH HOA SEN STUDENTS 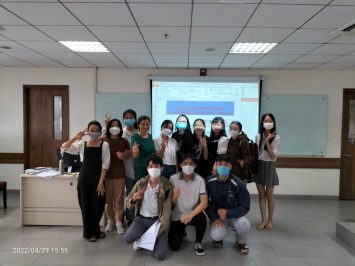